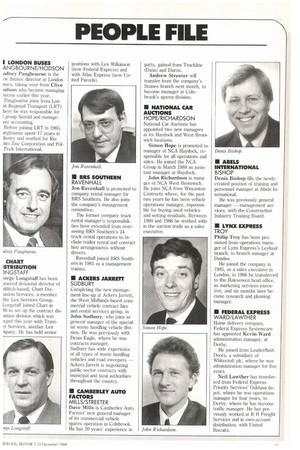 He joined from Leaderflush Doors, a subsidiary of Whitecroft plc, where he was administration manager for five years.

Neil Lawther has transferred from Federal Express Priority Services' Oakham depot, where he was operations manager for four years, to Derby, where he has become traffic manager. He has previously worked at H H Freight Services and in own-account distribution, with United Biscuits.