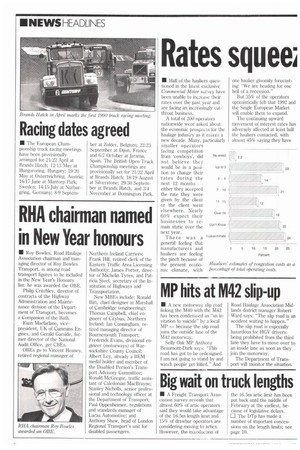 Page 6, 4th January 1990 — RHA chairman named in New Year honours
Close
Noticed an error?
If you've noticed an error in this article please click here to report it so we can fix it.
Keywords : British Honours System, Social Issues

• Roy Bowles, Road Haulage Association chairman and managing director of Roy Bowles Transport, is among road transport figures to be included in the New Year's Honours list: he was awarded the OBE.

Philip Critchley, director of contracts of the Highway Administration and Maintenance division of the Department of Transport, becomes a Companion of the Bath.