Prepare to meet the Tribunal 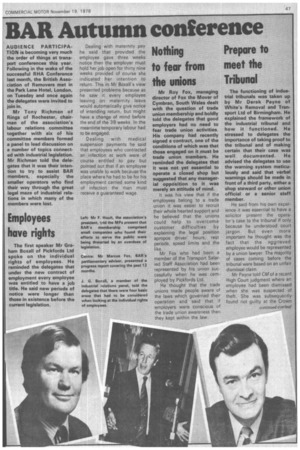 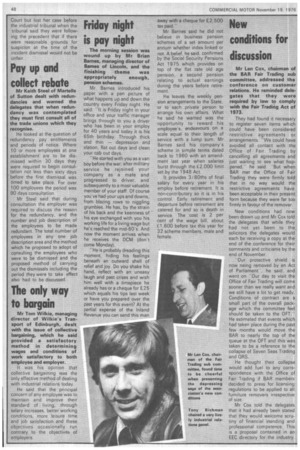 The functioning of industrial tribunals was taken up by Mr Derek Payne of White's Removal and Transport Ltd of Birmingham. He explained the framework of the industrial tribunal and how it functioned. He stressed to delegates the importance of taking proof to the tribunal and of making certain that their case was well documented. He advised the delegates to use the warning system meticulously and said that verbal warnings should be made in front of a third party, either a shop steward or other union official or a senior staff member.

He said from his own experience it was essential to have a solicitor present the operator's case to the tribunal if only because he understood court jargon. But even more important he thought was the fact that the aggrieved employee would be represented by a union lawyer. The majority of cases coming before the tribunal were based on an unfair dismissal claim.

Mr Payne told CM of a recent High Court judgment where an employee had been dismissed when she was suspected of theft. She was subsequently found not guilty at the Crown

'Court but lost her case before the industrial tribunal when the 'tribunal said they were following the precedent that if there were reasonable grounds for suspicion at the time of the incident dismissal would not be unfair.