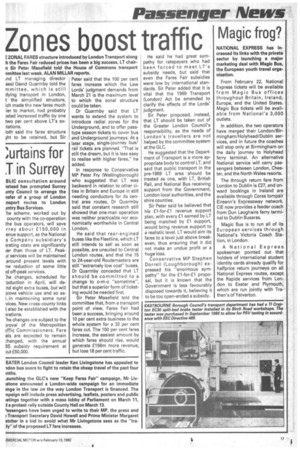 bus users to fight to retain the cheap travel of the past four mths.

.aunching the GLC's new "Keep Fares Fair" campaign, Mr LivIstone announced a London-wide campaign for an immediate mge in the law on the way London Transport is financed. The npaign will include press advertising, leaflets, posters and public letings together with a mass lobby of Parliament on March 11, cl a protest rally outside County Hall on March 13.

'assengers have been urged to write to their MP, the press and Transport Secretary David Howell and Prime Minister Margaret atcher in a bid to avoid what Mr Livingstone sees as the "tracly" of the proposed LT fare increases.