BALANCE OF FACILITIES MUST BE CONSIDERED 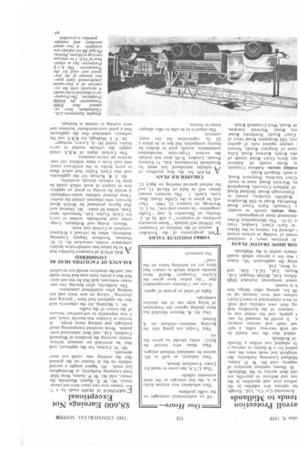 Page 43, 9th October 1959 — BALANCE OF FACILITIES MUST BE CONSIDERED
Close
Noticed an error?
If you've noticed an error in this article please click here to report it so we can fix it.
Keywords : Lavery

ABALANCE of transport facilities had to be taken into consideration besides customers' wishes, remarked Mr. G. W. Duncan, Northern Deputy Licensing Authority, when he refused a B-licence variation at Carlisle last week. Messrs. Irving and Robinson, Longtown, coal merchants, wished to carry for Clark Taylor, Ltd., Newcastle upon Tyne, within 60 miles. Mr. Duncan said that figures produced by British Road Services, who objected, scttled the matter. These showed vehicles under-employed: it would be wrong to grant an application in respect of work which could be done by vehicles already available.

Mr. J. R. Kirkup, for the applicants, said that Clark Taylor had asked them to carry bricks to the north-east coast, and coal from a mine without rail connection on return journeys.

The Carlisle depot of B.R.S. could supply the vehicles needed to carry bricks, stated Mr. A. Lavery, manager. Mr. F. J. McHugh, for B.R.S. and the railways, submitted that the applicants had a good coal-merchants' business and were seeking to extend in haulage.