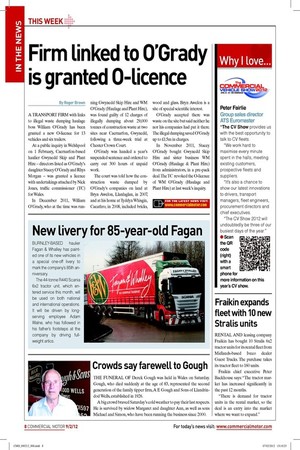 BURNLEY-BASED haulier Fagan & Whalley has painted one of its new vehicles in a special one-off livery to mark the company’s 85th anniversary.

The 44-tonne R440 Scania 6x2 tractor unit, which entered service this month, will be used on both national and international operations. It will be driven by longserving employee Adam Walne, who has followed in his father’s footsteps at the company by driving fullweight artics.