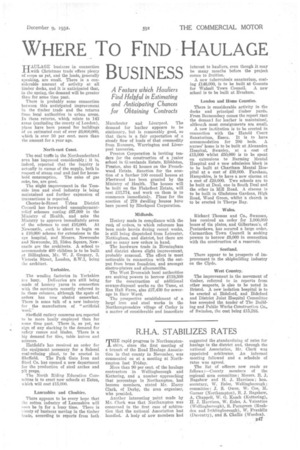 1-1-1HE rapid progress in Northampton

shire, since the first meeting of a branch of the Road Haulage Association in that county in November, was commented on at a meeting at Northampton last Friday.

More than 90 per cent. of the haulage contractors in Wellingborough and Kettering, and a number approaching that percentage in Northampton, had become members, stated Mr. Harry Clark, of Derby, the area organizer, who presided.

Another interesting point made by Mr. Clark was that Northampton was concerned in the first case of arbitration that the national Association had handled. A body of new members had suggested the standardizing of rates for haulage in the district and, through the national Association, Mr. Clark was appointed arbitrator. An informal meeting followed and a schedule of rates was agreed.