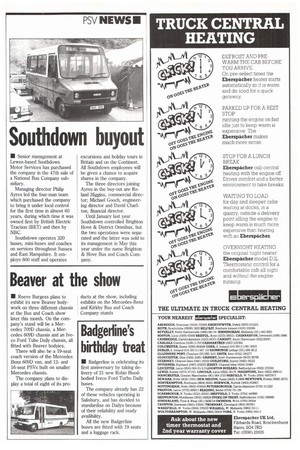 • Senior management at Lewes-based Southdown Motor Services has purchased the company in the 47th sale of a National Bus Company subsidiary.

Managing director Philip Ayres led the four-man team which purchased the company to bring it under local control for the first time in almost 60 years, during which time it was owned first by British Electric Traction (BET) and then by NBC.

Southdown operates 320 buses, mini-buses and coaches on services throughout Sussex and East Hampshire. It employs 800 staff and operates excursions and holiday tours in Britain and on the Continent. All Southdown employees will be given a chance to acquire shares in the company.

Until January last year Southdown controlled Brighton Hove & District Omnibus, but the two operations were separated and the latter was sold to its management in May this year under the name Brighton & Hove Bus and Coach Company.