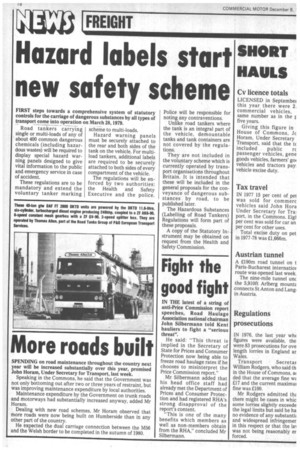 SPENDING on road maintenance throughout the country next year will be increased substantially over this year, promised John Horam, Under Secretary for Transport, last week.

Speaking in the Commons, he said that the Government was not only bottoming out after two or three years of restraint, but was improving maintenance expenditure by local authorities.

Dealing with new road schemes, Mr Horam observed that more roads were now being built on Humberside than in any other part of the country.

He expected the dual carriage connection between the M56 and the Welsh border to be completed in the autumn of 1980.