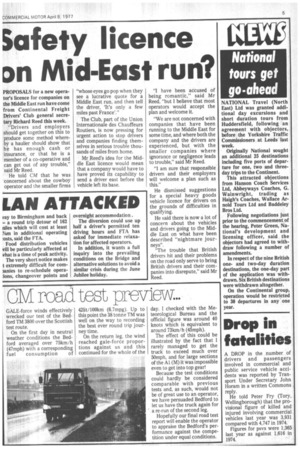 A DROP in the number of drivers and passengers involved in commercial and public service vehicle accidents was reported by Transport Under Secretary John Horam in a written Commons reply.

He told Peter Fry (Tory, Wellingborough) that the provisional figure of killed and• injured involving commercial vehicles last year was 3,931 compared with 4,747 in 1974.