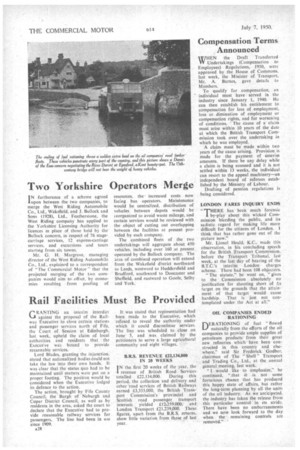 " THERE has been much forensic by-play about this wicked Commission bleeding the public, and its sadistic regard for making life more difficult for the citizens of London. 1 think that has rather gone out of the picture now."

Mr. Lionel Heald, K.C., made this observation, in his concluding speech for the British Transport Commission, before the Transport Tribunal, last week, at the last day of hearing of the B.T.C.'s interim London charges scheme. There had been 108 objectors.

"The statute," he went on, "gives to the Commission absolutely no justification for shooting short of is target on the grounds that the attainment of that target would cause hardship. That is just not contemplated under the Act at all."