EX-L.T.E. BUSES FOR CEYLON Q1XTY used double-deckers are to be 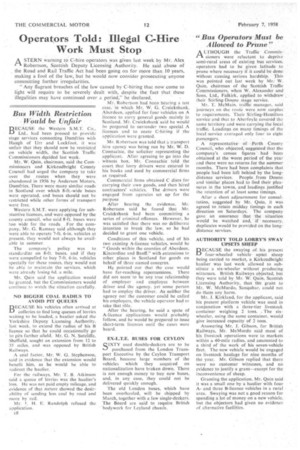 Page 56, 7th February 1958 — EX-L.T.E. BUSES FOR CEYLON Q1XTY used double-deckers are to be
Close
Noticed an error?
If you've noticed an error in this article please click here to report it so we can fix it.

),-) purchased from the London Transport Executive by the Ceylon Transport Board, because large numbers of the vehicles which they acquired on nationalization have broken down. There is not enough money to buy new buses, and, in any case, they could not he delivered quickly enough.

The old London buses, which have been overhauled, will be shipped by March, together with a few single-deckers. The Board are said to require British -bodywork for Leyland chassis.