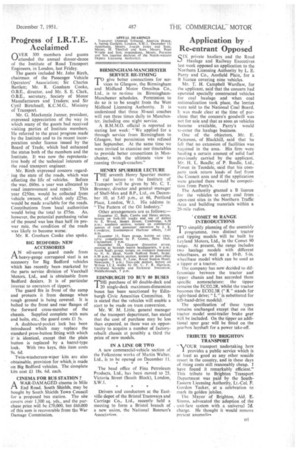 provides a public service which is at least as good as any other seaside resort in the country, and in these days of rising costs still reasonably cheap. have found it remarkably efficient." This tribute to Brighton Transport Department was paid by the SouthEastern Licensing Authority, Lt.-CoI. F. Gordon Tucker, at a celebration to mark its golden jubilee.

The Mayor of Brighton, Ald. E. Simms, advocated the adoption of the unit-fare system with a universal 2d. charge. He thought it would remove present anomaliiii