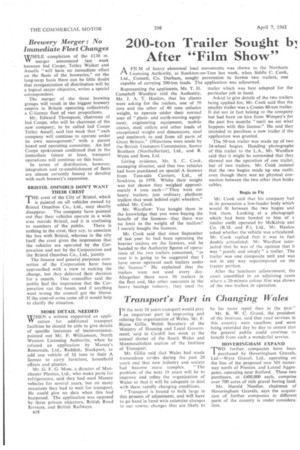 Page 52, 7th April 1961 — BRISTOL OMNIBUS DON'T WANT THEIR CREST
Close
Noticed an error?
If you've noticed an error in this article please click here to report it so we can fix it.

THE crest of the City of Bristol, which is painted on all vehicles owned by Bristol Omnibus Co., Ltd., may shortly disappear. The company have pointed out that their vehicles operate in a wide area outside .Bristol, and it is confusing

The finance and general purposes committee of the Corporation have been approached with a view to making the change, but they deferred their decision for a month. One councillor said the public had the impression that the Corporation ran the buses, and if anything went wrong the council got the blame. If the coat-of-arms came off it would help to clarify the situation.