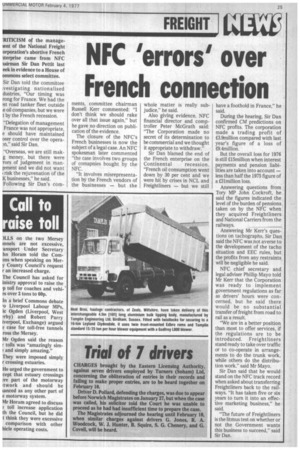 Page 27, 4th February 1977 — Call to aise toll
Close
Noticed an error?
If you've noticed an error in this article please click here to report it so we can fix it.
Keywords : Types Of Roads, Horam, Wealden, Motorway, Liverpool, Toll Road

)LLS on the two Mersey umels are not excessive, 'ansport Under Secretary hn Horam told the ComDns when speaking on Mery County Council's request r an increased charge.

The Council has asked for inistry approval to raise the p toll for coaches and vehi-' es over 3 tons to 60p.

He urged the government to cept that estuary crossings re part of the motorway ,twork and should be lanced as any other part of e motorway system.

Mr Horam agreed to discuss a toll increase application th the Council, but he did t think they were excessive comparison with other hide operating costs.