Garages and the War Office. 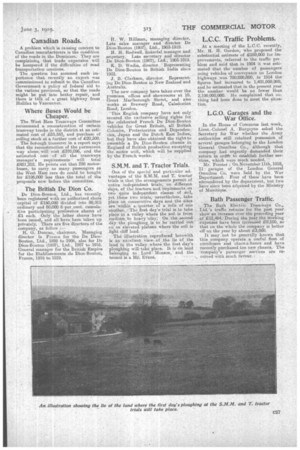 Page 5, 3rd June 1919 — Garages and the War Office.
Close
Noticed an error?
If you've noticed an error in this article please click here to report it so we can fix it.
Keywords : London General, Burgoyne, Politics, War / Conflict

In the .House of Commons last week, Lieut.-Colonel A. Burgoyne asked the Secretary for War whether the Army authorities still retained possession of several garages belonging to the London General Omnibus Co., although that company had urgently demanded their .return in order. te establish further services, which Were much needed.'

Mr. Forster : On November 11th, 1918, 11.. garages of the London General Omnibus Co. were held by the War Department. Four of these have been siirrendered. by the department, but two have since been aCquired by the Ministry of Munitions.