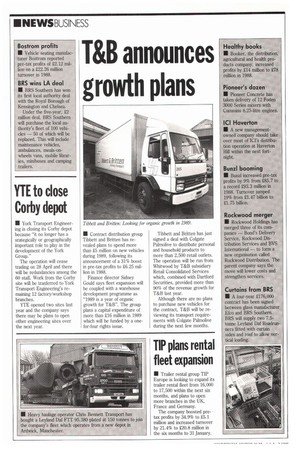 Page 14, 30th March 1989 — Bostrom profits
Close
Noticed an error?
If you've noticed an error in this article please click here to report it so we can fix it.

• BRS Southern has won its first local authority deal with the Royal Borough of Kensington and Chelsea.

Under the five-year, 22 million deal, BRS Southern will purchase the local authority's fleet of 100 vehicles — 50 of which will be replaced. This will include maintenance vehicles, ambulances, meals-onwheels vans, mobile libraries, minibuses and camping trailers.