Leyland on top in Soots order 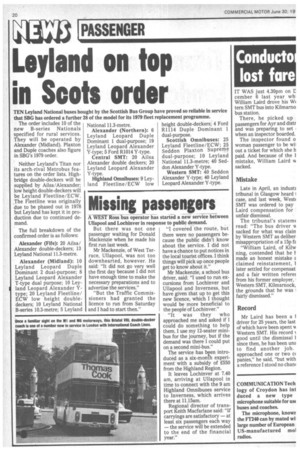 TEN Leyland National buses bought by the Scottish Bus Group have proved so reliable in service that SBG has ordered a further 28 of the model for its 1979 fleet replacement programme.

The order includes 10 of the new B-series Nationals specified for rural services. They will be operated by Alexander (Midland). Plaxton and Duple coaches also figure in SBG's 1979 order.