• The UK contract distribution market, worth .U.2 million a 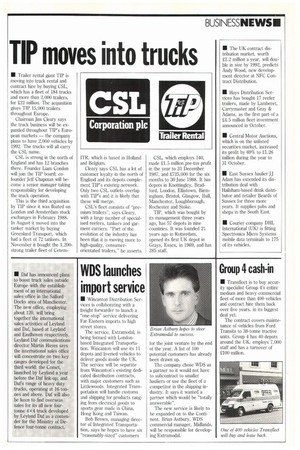 • Hays Distribution Services has bought 17 reefer trailers, made by Lamberet, Carrymaster and Gray & Adams, as the first part of a 24.5 million fleet investment announced in October.

• Central Motor Auctions, which is on the unlisted securities market, increased its profit by 69% to 21.26 million during the year to 31 October.

• East Sussex haulier JJ Adam has extended its distribution deal with Hailsham-based drink distributor and retailer Beards of Sussex for three more years. It supplies pubs and shops in the South East.