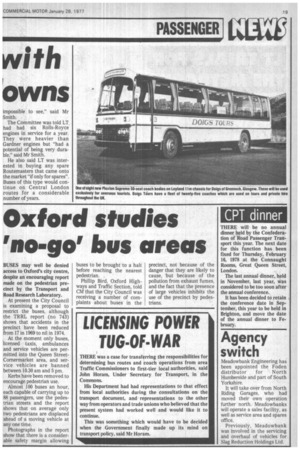 THERE was a case for transferring the responsibilities for determining bus routes and coach operations from area Traffic Commissioners to first-tier local authorities, said John Horam, Under Secretary for Transport, in the Commons.

This was something which would have to be decided when the Government finally made up its mind on transport policy, said Mr Horam.