No figures on dangerous trucks 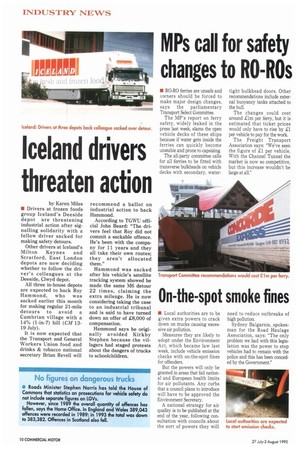 Page 12, 27th July 1995 — No figures on dangerous trucks
Close
Noticed an error?
If you've noticed an error in this article please click here to report it so we can fix it.
Keywords : Disaster / Accident, Politics

Roads Minister Stephen Norris has told the House of Commons that statistics on prosecutions for vehicle safety do not include separate figures on LGVs.