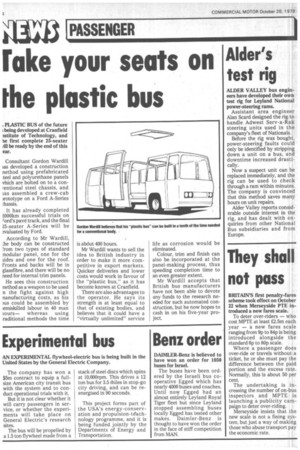 Page 26, 26th October 1979 — Benz order
Close
Noticed an error?
If you've noticed an error in this article please click here to report it so we can fix it.

DAIMLER-Benz is believed to have won an order for 1050 buses for Israel.

The buses have been ordered by the Israeli bus cooperative Egged which has nearly 4000 buses and coaches. Until now Egged had an almost entirely Leyland Royal Tiger fleet but since Leyland stopped assembling buses locally Egged has tested other makes. Daimler-Benz is thought to have won the order in the face of stiff competition from MAN.