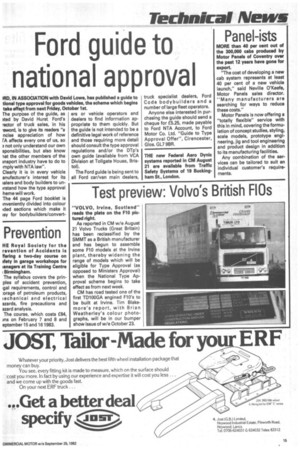 Page 11, 25th September 1982 — Test preview: Volvo's British FIN
Close
Noticed an error?
If you've noticed an error in this article please click here to report it so we can fix it.
Keywords : Hisingen, Volvo, Volvo Trucks

As reported in CM w/e August 21 Volvo Trucks (Great Britain) has been reclassified by the SMMT as a British manufacturer and has begun to assemble some F10 Models at the Irvine plant, thereby widening the range of models which will be eligible for Type Approval (as opposed to Ministers Approval) when the National Type Approval scheme begins to take effect as from next week.

CM has road tested one of the first TD100GA engined F10's to be built at Irvine. Tim Blakemore's report, with Brian Weatherley's colour photographs, will be in our bumper show issue of w/e October 23.