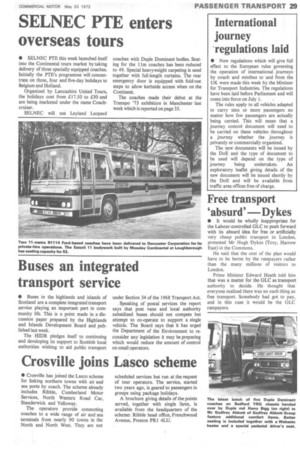 • It would be wholly inappropriate for the Labour-controlled GLC to push forward with its absurd idea for free or artificially very cheap public transport in London, protested Mr Hugh Dykes (Tory, Harrow East) in the Commons.

He said that the cost of the plan would have to be borne by the ratepayers rather than the many millions of visitors to London.

Prime Minister Edward Heath told him that was a matter for the GLC as transport authority to decide. He thought that everyone realized there was no such thing as free transport. Somebody had got to pay, and in this case it would be the GLC ratepayers.