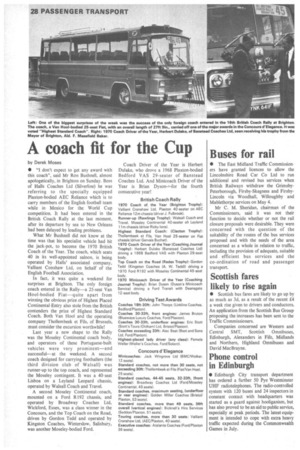 • Scottish bus fares are likely to go up by as much as 3d, as a result of the recent £4 a week rise given to drivers and conductors. An application from the Scottish Bus Group proposing the increases has been sent to the Traffic Commissioners.