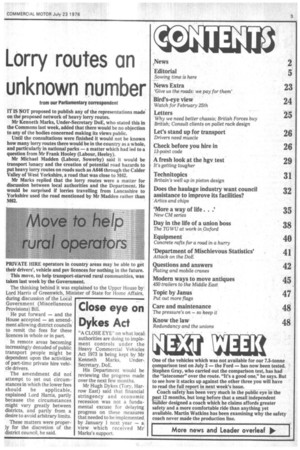 "A CLOSE EYE" on what locali authorities are doing to implement controls under the Heavy Commercial Vehicles Act 1973 is being kept by Mr Kenneth Marks, Under-. Secretary, DoE.

His Department would be reviewing the progress made over the next few months.

Mr Hugh Dykes (Tory, Harrow East) said that financial stringency and economic recession was not a fundamental excuse for delaying progress on these measures that needed to be implemented by January 1 next year — a view which received Mr Marks's support.