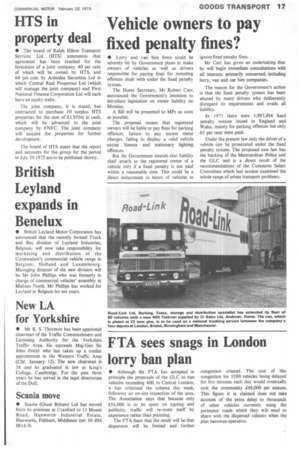 Page 19, 23rd February 1973 — New LA for Yorkshire
Close
Noticed an error?
If you've noticed an error in this article please click here to report it so we can fix it.
Keywords : Thornton, Environment, Business / Finance

• Mr R. S. Thornton has been appointed chairman of the Traffic Commissioners and Licensing Authority for the Yorkshire Traffic Area. He succeeds Iviaj-Gen Sir John Potter who has taken up a similar appointment in the Western Traffic Area (CM, January 12). The new chairman is 54 and he graduated in law at King's College. Cambridge. For the past three years he has served in the legal directorate of the DoE.