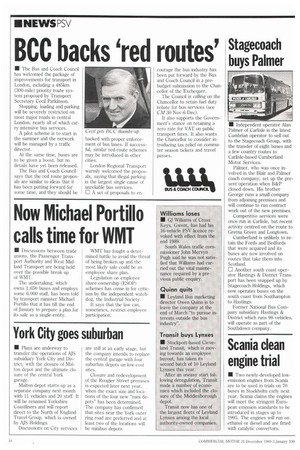 Page 16, 21st December 1989 — Scania clean engine trial
Close
Noticed an error?
If you've noticed an error in this article please click here to report it so we can fix it.

• Two newly-developed lowemission engines from Scania are to be used in trials on 70 buses in Stockholm early next year. Scania claims the engines will meet the stringent European emission standards to be introduced in stages up to 1995. The engines will run on ethanol or diesel and are fitted with catalytic convertors.