I 11AD an argument with a friend who condemned edge lines 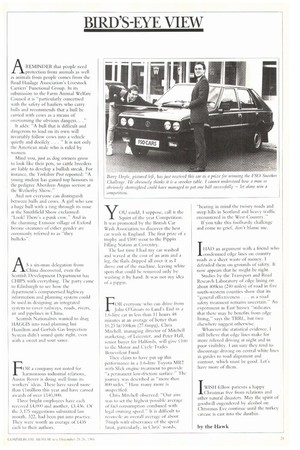 Page 23, 21st December 1985 — I 11AD an argument with a friend who condemned edge lines
Close
Noticed an error?
If you've noticed an error in this article please click here to report it so we can fix it.

on country roads as a sheer waste of money. I defended diem on grounds of safety. It now appears that he might be right.

Studies by the Transport and Road Research Laboratory of edge lining on about 400km (244) miles) of road in five south-western counties show that its "general effectiveness . . . 3s a road safety treatment remains uncertain." An experiment in East Sussex "indicates that there may be benefits from edge lining," says the TRRL, but two elsewhere suggest otherwise.

Whatever the statistical evidence, I still believe that edge lines make for more relaxed driving at night and in poor visibility. I am sure they tend to discourage driving on central white lines as guides to road alignment and contour, which must be good. Let's have more of them.