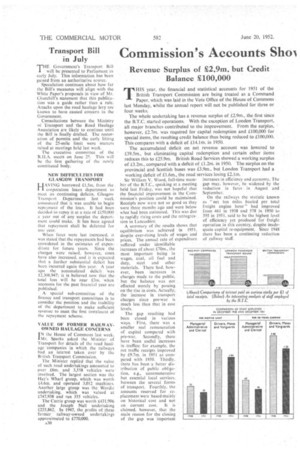 Page 32, 20th June 1952 — VALUE OF FORMER RAILWAYOWNED HAULAGE CONCERNS ' N the House
Close
Noticed an error?
If you've noticed an error in this article please click here to report it so we can fix it.

of Commons last week, Mr. Sparks asked the Minister of Transport for details of the road haulage 'companies in which the railways had an interest taken over by the British Transport Commission.

The Minister replied that the -value of such road undertakings-amounted to over £6m. and 3,558 vehicles were involved. The largest section was the Hay's Wharf group, which was worth I.4.6m. and operated 3,012 machines. Another large group was the Wordic undertaking, which was valued at 1:747938 and ran 355 vehicles.