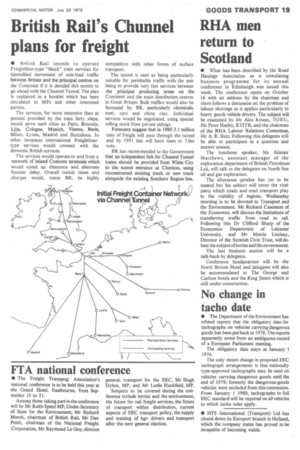 Page 21, 20th July 1973 — FTA national conference
Close
Noticed an error?
If you've noticed an error in this article please click here to report it so we can fix it.
Keywords : Les Huckfield, Eastbourne

• The Freight Transpoa Association's national conference is to be held this year at the Grand Hotel, Eastbourne, from September 19 to 21.

Subjects to be covered during the conference include lorries and the environment, the future for rail freight services, the future of transport within distribution, current aspects of EEC transport policy, the supply and training of hgv drivers and transport after the next general election.