Round at Stoke : Weymouth Plans 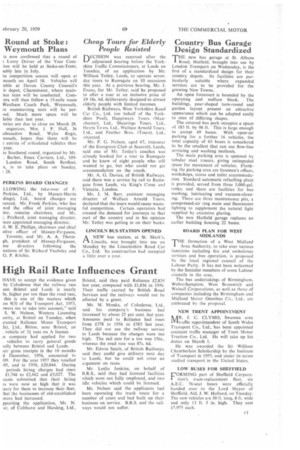 Page 37, 20th February 1959 — Round at Stoke : Weymouth Plans
Close
Noticed an error?
If you've noticed an error in this article please click here to report it so we can fix it.
Keywords : Agricultural Machinery, Agco, Massey Ferguson, Massey, Ferguson Research Ltd.

is now confirmed that a round of Lorry Driver of the Year Cornion will be held at Stoke-on-Trent, rably late in July, he 'competition season will open at mouth on April 18. Vehicles will mble at Devon County Council's ir depot, Charminster, where mainnee tests will be conducted. Corntrs will then follow a IS-mile route Westham Coach Park, Weymouth, re manceuvring tests will be per'ed. Much more space will be fable than last year.

itries are due to close on March 28.