Iveco Ford is back in profit 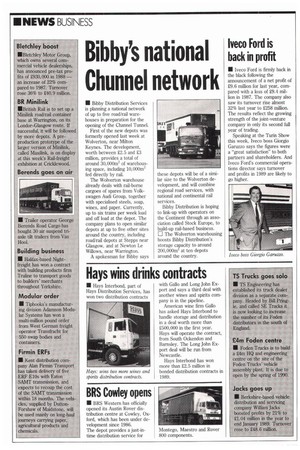 Page 16, 20th April 1989 — Iveco Ford is back in profit
Close
Noticed an error?
If you've noticed an error in this article please click here to report it so we can fix it.
Keywords : Fiat, Iveco, Car Manufacturers, Ford Motor Company, Business / Finance

• lveco Ford is firmly back in the black following the announcement of a net profit of £9.6 million for last year, compared with a loss of 29.4 million in 1987. The company also saw its turnover rise almost 32% last year to £258 million. The results reflect the growing strength of the joint-venture company in only its second full year of trading.

Speaking at the Turin Show this week, Iveco boss Giorgio Garuzzo says the figures were a "great satisfaction" to both partners and shareholders. And Iveco Ford's commercial operations director says turnover and profits in 1989 are likely to go higher.