A NEW bus lane is to corn , into operation in 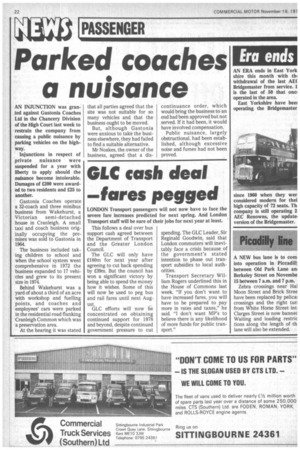 Page 24, 19th November 1976 — A NEW bus lane is to corn , into operation in
Close
Noticed an error?
If you've noticed an error in this article please click here to report it so we can fix it.
Keywords : Piccadill, Park Lane, Lane

Piccadill: between Old Park Lane an Berkeley Street on Novembe 15 between 7 a.m. and 7 p.m.

Zebra crossings near Hal Moon Street and Brick Stree have been replaced by pelicai crossings and the right tun from White Horse Street int, Clarges Street is now bannec Waiting and loading restric tions along the length of th lane will also be extended.