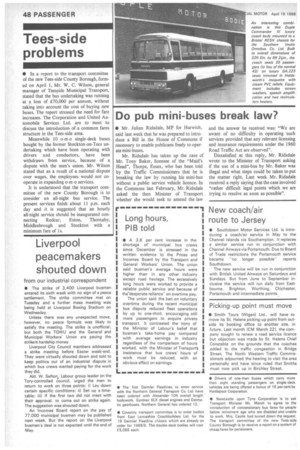 Page 50, 19th April 1968 — New coach/air route to Jersey
Close
Noticed an error?
If you've noticed an error in this article please click here to report it so we can fix it.

• Southdown Motor Services Ltd. is introducing a coach/air service in May to the Channel Islands via Southampton. It replaces a .similar service run in conjunction with Channel Airways via Portsmouth. Due to Board of Trade restrictions the Portsmouth service became -no longer possible" reports Southdown.

• The new service will be run in conjunction with British United Airways on Saturdays and Sundays. But from June to September inclusive the service will run daily from Eastbourne, Brighton, Worthing, Chichester, Portsmouth and intermediate points„