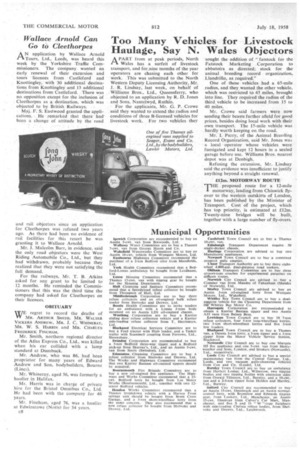 Page 46, 18th July 1958 — OBITUARY
Close
Noticed an error?
If you've noticed an error in this article please click here to report it so we can fix it.
Keywords : Law / Crime

Mr. Smith, northern regional director of the Atlas Express Co., Ltd., was killed when his car collided with a lamp standard at Dumbuck.

Mr. Andrew, who was 86, had been proprietor for many years of Edward Andrew and Son, bodybuilders, Bourne (Lines).

Mr. Whineray, aged 56, was formerly a haulier in Halifax.

Mr. Harris was in charge of private hire for the Bristol Omnibus Co., Ltd. He had been with the company for 46 years.