Roads condition is a hazard 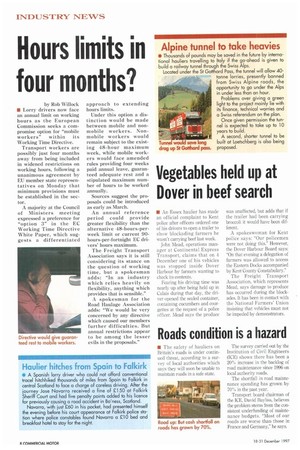 Page 10, 18th December 1997 — Roads condition is a hazard
Close
Noticed an error?
If you've noticed an error in this article please click here to report it so we can fix it.
Keywords : Road, Disaster / Accident, Business / Finance

• The safety of hauliers on Britain's roads is under continued threat, according to a survey of local authorities which says they will soon be unable to maintain roads in a safe state. The survey carried out by the Institution of Civil Engineers (ICE) shows there has been a 20% increase in the backlog of road maintenance since 1996 on local authority roads.

The shortfall in road maintenance spending has grown by 70% in the past year.

Transport board chairman of the ICE, David Bayliss, believes the problem stems from the consistent underfunding of maintenance budgets. "Most of our roads are worse than those in France and Germany,'' he says.