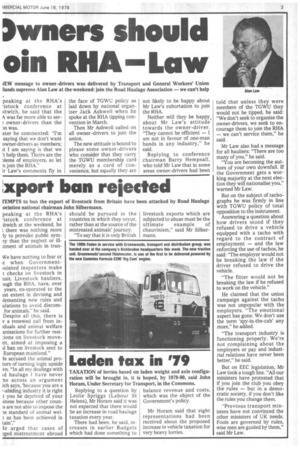 TAXATION of lorries based on laden weight and axle configuration will be brought in, it is hoped, by 1979-80, said John Horam, Under Secretary for Transport, in the Commons.

Replying to a question by Leslie Spriggs (Labour St Helens), Mr Horam said it was not expected that there would be an increase in road haulage taxation every year.

There had been, he said, increases in earlier Budgets which had done something to balance revenue and costs, which was the object of the Government's policy.

Mr Horam said that eight representations had been received about the proposed increase in vehicle taxation for very heavy lorries.