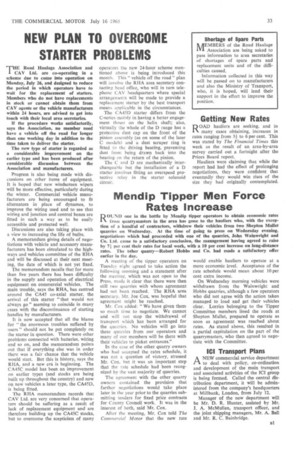 to deal with policy, co-ordination and development of the main transport and associated activities of the ICI group is being formed. Called the central distribution department, it will be administered from the company's headquarters at Millbank, London, from July 12.

Manager of the new department will be Mr. D. R. Hunter, assisted by Mr. J. A. McMullen, transport officer, and the joint shipping managers, Mr. A. Bell and Mr. R. C. Bainbridge.