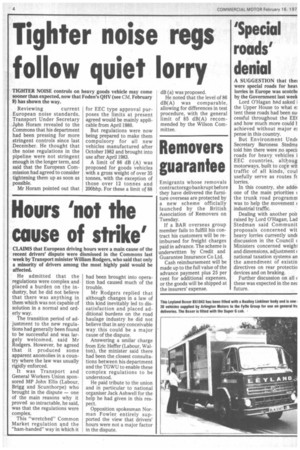 Reviewing current European noise standards, Transport Under Secretary J9hn Horam revealed to the Commons that his department had been pressing for more stringent controls since last December. He thought that the noise regulations in the pipeline were not stringent enough in the longer term, and said that the European Commission had agreed to consider tightening them up as soon as possible.

Mr Horam pointed out that for EEC type approval purposes the limits at present agreed would be mainly applicable from April 1980.

But regulations were now being prepared to make them compulsory for all new vehicles manufactured after October 1982 and brought into use after April 1983.

He noted that the level of 86 dB(A) was comparable, allowing for differences in test procedure, with the general limit of 85 dB(A) recommended by the Wilson Committee.