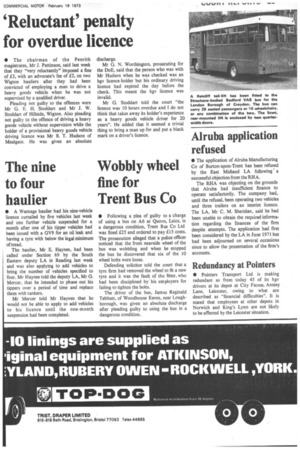 Page 31, 16th February 1973 — Redundancy at Pointers
Close
Noticed an error?
If you've noticed an error in this article please click here to report it so we can fix it.

• Pointers Transport Ltd is making redundant as from today 45 of its hgv drivers at its depot at City Farms, Anstey Lane, Leicester, owing to what are described as "financial difficulties". It is stated that employees at other depots in Norwich and King's Lynn are not likely to be affected by the Leicester situation.