German blitz on had drivers 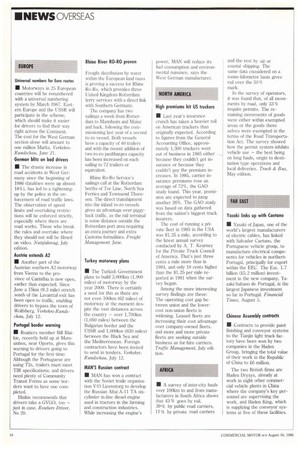 Page 18, 16th August 1986 — German blitz on had drivers
Close
Noticed an error?
If you've noticed an error in this article please click here to report it so we can fix it.

• The drastic increase in road accidents in West Germany since the beginning of 1986 (fatalities were up almost 18%), has led to a tighteningup by the police in the enforcement of road traffic laws. The observation of speed limits and overtaking restrictions will be enforced strictly, especially where there are road works. Those who break the rules and overtake where they should not will be filmed on video. Nutzfahreug, July edition.