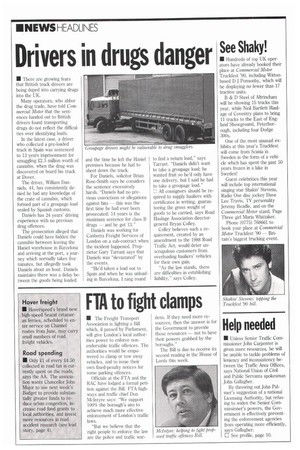 • The Freight Transport Association is fighting a Bill which, if passed by Parliament, will give London's local authorities power to enforce nonendorsable traffic offences. The authorities would be empowered to clamp or tow away vehicles, and to issue their own fixed-penalty notices for some parking offences.

Officials at the FTA and the RAC have lodged a formal petition against the Bill. FTA highways and traffic chief Don McIntyre says: "We support 100% the borough's aim to achieve much more effective enforcement of London's traffic laws.

dens. If they need more resources, then the answer is for the Government to provide those resources — not to have their powers grabbed by the boroughs."

The Bill is due to receive its second reading in the House of Lords this week.