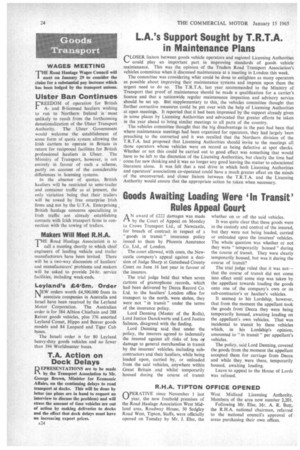 Following Mr. Else, Mr. A. R. Butt, the R.H.A. national chairman, referred to the national council's approval of areas purchasing their own offices.