Leyland Bus gets US order 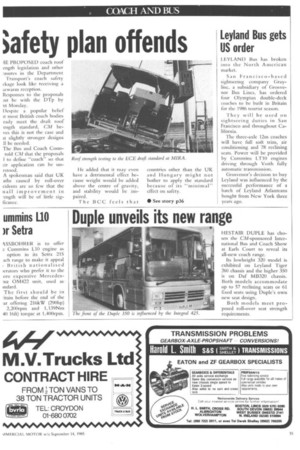 Page 17, 14th September 1985 — Leyland Bus gets US order
Close
Noticed an error?
If you've noticed an error in this article please click here to report it so we can fix it.

LEYLAND Bus has broken into the North American market.

San Francisco-based sightseeing company Grayline, a subsidiary of Grosvenor Bus Lines, has ordered four Olympian double-deck coaches to be built in Britain for the 1986 tourist season.

They will he used on sightseeing duties in San Francisco and throughout California.

Grosvenor's decision to buy Leyland was influenced by the successful performance of a batch of Leyland Atlanteans bought from New York three years ago.