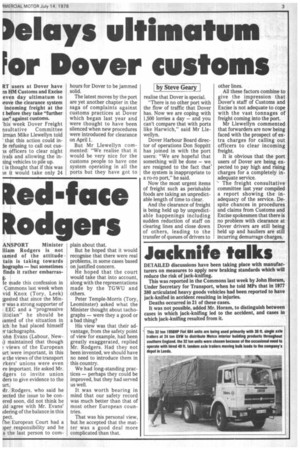 DETAILED discussions have been taking place with manufacturers on measures to apply new braking standards which will reduce the risk of jack-knifing. This was reported in the Commons last week by John Horam, Under Secretary for Transport, when he told MPs that in 1977 380 articulated heavy goods vehicles had been reported to have jack-knifed in accident resulting in injuries. Deaths occurred in 21 of these cases.