CHEAPER TRANSPORT TO REDUCE . CONGESTION T HE provision of cheaper and 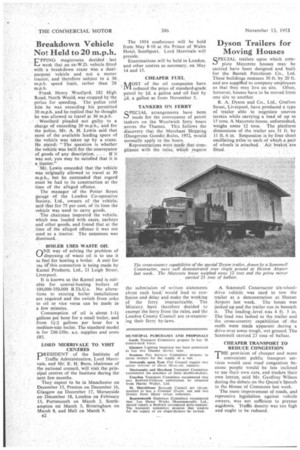 more convenient public transport services would ease road congestion because people would be less inclined to use their own cars, and traders their own lorries, said Mr. Geoffrey Wilson during the debate on the Queen's Speech in the House of Commons last week.

The mere improvement of roads, and repressive legislation against vehicle owners, was not sufficient to Preyent awidents. Traffic density was too high and ought to be reduced.