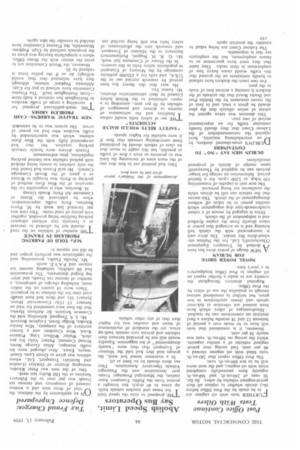 THE use of safety belts would reduce fatalities and the seriousness of injuries to drivers and passengers of vehicles by 50 per cent., according to a report submitted to the British Safety Council by their administrative director, Mr. James Tyc.

He says that this theory has been proved by research carried out in the U.S.A,. and calls for a £20,000 publicity campaign by the Ministry of Transport to popularize safety belts in this country.

In the House of Commons last week, Mr. G. R. H. Nugent, Parliamentary Secretary to the Minister of Transport, said research into the effectiveness of safety belts was still being carried out.