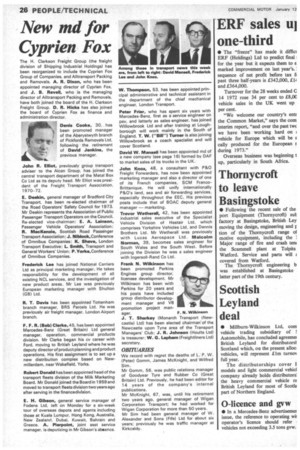 Page 28, 12th January 1973 — Thornycroft to leave Basingstoke
Close
Noticed an error?
If you've noticed an error in this article please click here to report it so we can fix it.

• Following the recent sale of the port Equipment (Thornycroft) sub factory at Basingstoke, British Ley moving the design, engineering and .g tion of the Thornycroft range of motive equipment, including the 1 Major range of fire and crash ten( the Scarnmell plant at Tolpits Watford. Service and parts will .; covered from Watford.

The Thornycroft engineering b was established at Basingstoke latter part of the 19th century.