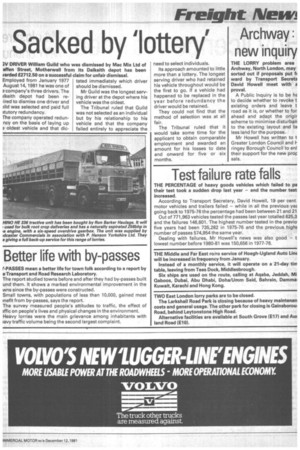 Page 9, 12th December 1981 — Better life with by-passes
Close
Noticed an error?
If you've noticed an error in this article please click here to report it so we can fix it.

f-PASSES mean a better life for town folk according to a report by e Transport and Road Research Laboratory.

The report studied towns before and after they had by-passes built und them. It shows a marked environmental improvement in the wns since the by-passes were constructed.

Small towns, with populations of less than 10,000, gained most nefit from by-passes, says the report.

The survey measured people's attitudes to traffic, the effect of )ffic on people's lives and physical changes in the environment. Heavy lorries were the main grievance among inhabitants with iavy traffic volume being the second largest complaint.